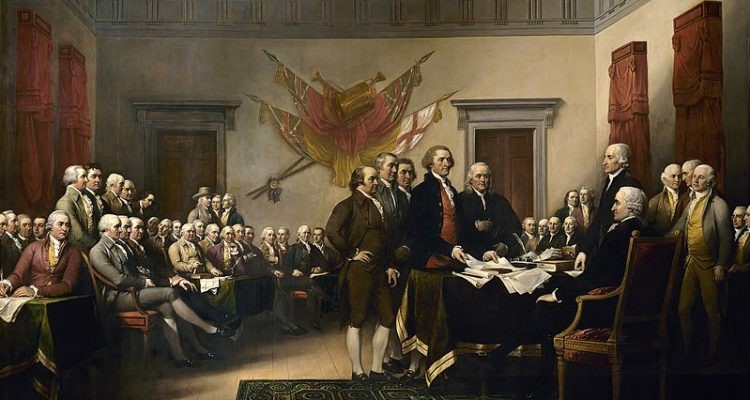 Over this Easter weekend, which was an extremely unique one, we saw Christians defy state orders to remain home and not gather in church, despite the threats of fines and arrest. At one church in Kentucky, the police littered the parking entrance to one church with nails to discourage people from going. At another, one police officer was heard having told someone, “Your rights have been temporarily suspended”.

America, and indeed the world is split over how to handle the coronavirus pandemic. There are excellent arguments made on both sides, I must admit; after all, it is a public health issue. Is it loving for me to be reckless with my behavior and thereby endanger my neighbor? How is that loving them? On the other hand, we risk crossing lines and destroying likely even more lives if our response is to have the state intervene. These are legitimate concerns that I think any honest person will consider deeply, and this is why we call this Finding the Balance; trying to find that line that does not have us falling off the horse on two sides.

We Should All Be Concerned

Despite the state orders, many churches did gather for an Easter celebration. Personally, I would question just what “Easter” means to the majority of Christians in America today; after all, I have personally experienced the “Easter and Christmas Christians”, the ones you normally only see on these two particular “holidays” as we call them. I question much of what we call “evangelicalism” today, and whether one person’s true love for the Easter Eucharist is another person’s idolatry sacrifice to a vague, impersonal god in order to make them feel better about themselves.

But even though I believe this, that does not dissuade me from the disturbing thing I saw over the weekend, and whether you think it’s a good idea or not for churches to meet during this time, you should be equally disturbed by what transpired; which were the things I mentioned above. Police baring people from going to their church locations, telling citizens that their rights have been suspended for an indefinite period of time. Whoever you are, and wherever you are–even if you aren’t a Christian, even if you are a Christian and the Muslims are about to celebrate Ramadan, you should be disturbed if they prevent Muslims from gathering.

Again, I sympathize with my friends, brothers and sisters who believe the best thing we can all do is do as our government tells us. This is, as they say, “for the greater good”. I am an advocate of doing what is the greatest good, but is it really the greater good to do this? Especially given the mounting evidence that this coronavirus pandemic is not nearly the kind of crisis it was made out to be? Given that there is so much conflicting data that it may be best to admit we don’t really know how this virus spreads and who it affects? We know one thing with undoubtable certainty: if we shut down the economy–for any reason–it will spell utter disaster for the future and generations into the future.

If we are going to operate on predictive models, it would seem to me that the models we ought to stick to the closest are the ones that are most reliable, and the economic models for a system lockdown are all but certain. That’s millions of lives affected. Right now, the amount of coronavirus deaths vs the projected number of deaths does not come anywhere close to each other, and this is assuming that we are counting only people who are actually dying of COVID-19, not dying with it.

Totalitarianism is not Conspiracy Theory

With all of that having been said, I want to express why, wherever you stand on the issue of how to handle this coronavirus, you should be absolutely panicked by what we saw over this weekend. Maybe you disagree with my assessment of this “crisis”, and maybe you think that everything I just said was just untrue. Fine. I’m not asking you to believe that, but what I’m asking you to realize here is that we are setting a precedent for tyranny, and if you think the government has not and is not trying to take control over our lives, you simply haven’t been paying much attention. In one state, people are prevented from buying their own seeds. How is that relevant to the coronavirus? God forbid you make your own food in times like this?

Chloroquine is an FDA approved drug, which helps treat Malaria, and yet the media is on a campaign to dissuade Americans from trying it on the grounds that it’s some unknown, unstable drug. None of this makes any sense; this is the activity of a corporate media enterprise that is trying to keep this hysteria going as long as it can. And why? Because they work for particular powers and influences.

A Precedent for Tyranny

But all of this aside, think about what’s being said here; what’s the precedent being set? The government can, under particular circumstances, suspend the Constitution, without consultation, without accountability to anyone or anything. The government has gone rogue. That should scare every American, no matter where you stand on any issue. A government that is able to act as ours has in the last month, to utterly contradict the Constitution, is not actually accountable to it.

I realize what some might say, “The Constitution is outdated, and Christians are in idolatry over it if they continue to cling to it over the Bible”. That’s a valid point, but the problem is it misses the actual point. Whatever your particular views on Romans 12 and 13 are, the simple fact of the matter is that laws exist for a reason; that goes for secular law as much as biblical law. It would be unjust for a Christian to set aside a law of God for the sake of another, under the grounds that “the circumstances demand it”. Nowhere, and at no time, are we given any criteria to ignore one law for another one.

The same principle must apply here. If we want to perhaps make an amendment that would grant the government executive power that may even include suspending certain civil liberties in certain instances (which must necessarily be carefully defined to avoid abuse) for a certain period of time, then I think that’s a reasonable action to take. That’s how the system is meant to work. Our founders understood that a government that is not accountable to the people is always tyranny, and they made a system specifically to prevent the government from doing that.

What we have done is forsaken all of that, and we have sent the message to our government that it can, on the fly, without any accountability, make laws and suspend laws. No need to consult Congress, nor the president, it can act and re-create all on its own. That’s a betrayal of what the United States stands for, my friends, and Christian or not, that is not good for anyone.

The Law is Life

One of my favorite scenes from the third Pirates of the Caribbean movie was during the council of pirates, something akin to a church ecumenical council, Jack and Barbosa engage in argument over whose position meets the “Pirate Code”. Barbosa challenges Jack’s claim to go to war by invoking the code. One of the men interrupts the argument by saying this entire thing is folly, and then says, “Hang the code!” Before he could speak much further, he is shot dead by the pirate “Keeper of the Code” who, after killing the man, blows the smoke from his fired pistol and says coldly, “The Code is the Law”.

Now I am not advocating we shoot anyone or hang anyone who says “to hell with the Constitution” but I love this scene because what does everyone do as a result? They sit down and stand quiet and still. What it tells us is that no matter how desperate things are, the one thing you cannot do, is throw the laws and creeds to the side. If they do not help you in the most difficult of circumstances, what does this prove other than that they are worthless? On the contrary, these laws are put in place for those special occasions of desperation, and we are in one right now. The law, just like in Scripture, is life.

Maybe it is time we start to consider how much ‘freedom’ matters in a pandemic situation like this. That is certainly a worthy conversation, but it must be had, and it must be developed nevertheless under the idea that whatever actions are taken, they are always taken within the bounds of what the law grants them, not simply on the whim, even in the most desperate of hours. The moment the government is able to act outside the law, the law is completely nullified and you will have tyranny.

This site uses Akismet to reduce spam. Learn how your comment data is processed.

My name is Chase Orosco, a Christian and layperson in America, and my passion is the kingdom of God, and to impact the culture with biblical theology through writing, culture and thought.

Why Finding the Balance?